Recently I put one of my infamous controversial Facebook statuses up that garnered a bit of a response. Some of the responses got me thinking about the subject matter of this post. Here is the status I put up that day:

I rejoice when others doubt the myth and misery of Christianity. I know the pain that pursuing the non-existent can cause a person and it makes me glad when someone escapes it!

I was inspired to put this up when I got to thinking about the rejoicing I would do when I was able to successfully share the “gospel” of Christ with someone and how glad that would make me. I remembered Luke 15:10 which states, “Likewise, I say unto you, there is joy in the presence of the angels of God over one sinner that repenteth.” (KJV) and began thinking about all of the trouble, confusion, and pain that comes with living in the Christian faith.

One of the responses I received was from a local youth pastor of one of the larger Baptist churches in our small town. I’ve met this fellow before, but we really don’t know each other in any way beyond that of a passing acquaintance, he is good at what he does and has always come off as a very nice guy so I am in no way attempting to start beef with him – this is just something I have heard before that I wanted to take the opportunity to address for the edification of my Atheist and Christian friends. Here is what he said:

Hey, Matt. I too have experienced the emptiness of “Christian” religion. However, a relationship with the God of true Christianity is something all-together different. God hates religion because religion is all about man’s attempt to please a god that he has either fabricated or perverted… and there is nothing more meaningless or miserable than that. True Christianity is not trying or doing, but simply knowing. I praise the Lord that he graciously & powerfully transformed my life, through Jesus Christ, into a life of purpose, excitement, and joy. I know that my redeemer lives! May many more experience the true and abundant life that only Christ can bring!

If you are an Atheist or Agnostic then I am sure you have heard this in some form or another at least six thousand times. In fact it is something I have carried in my “bag of tricks” whilst doing evangelism when I was still captive to Christianity. This is what is known as the “Religion vs Relationship” argument and is closely related to the logical fallacy known as the No True Scotsmen position. What the commenter is basically asserting here is that I have never truly been a Christian – that perhaps what I experienced those years ago was some watered down non-truth version of Christianity.  I don’t really think that this position is as much intentional as it is convenient as it provides a simple explanation for apostasy that fits within a persons Bible-based worldview (Arminian in this case) with little or no thought required.

Clearly those that knew me well when I was still a Christian as well as my regular readers know that I do believe there are two distinct ways at encountering religion, which absolutely fits with this persons perspective. There are those that come into their beliefs with no real struggle about it, they simply go to church from an early age and perhaps simply believe because they don’t know any better.  These people could care less about the Great Commission and are only concerned with getting into heaven by the skin of their teeth. I was not one of these people. For some, like myself, the pursuit of God (understanding him, knowing him, experiencing him, etc.) becomes an obsession. Every waking breath is spent by these individuals trying to find the ways to best please God and to make him known to other people, we are seekers of God’s face and we won’t rest until we find him or until we die trying. To me that is a True-Christian, as much as I hate terms like that. True Christianity (or Islam, B’hai, Judaism, etc.) requires sacrifice and pain that lazy Christianity does not, Christians like this are the ones that will endure a lifetime of pain in their pursuit of that which does not exist.

Like me, those seeking a relationship with God are simply fooling themselves and doing so with good intentions. The fact that one can make his god real and experience him like one experiences the aspects of reality makes that man-made god (all gods are man made) an image of its creator and therefore susceptible to his volition. A seeker in any faith will create a personal God and eventually that God will either justify every whim of that individual or lead him to insanity in trying to please it. This is called schizophrenia.

So, the person that left the comment was correct; True-Christianity is far different from religion but it is no more true. 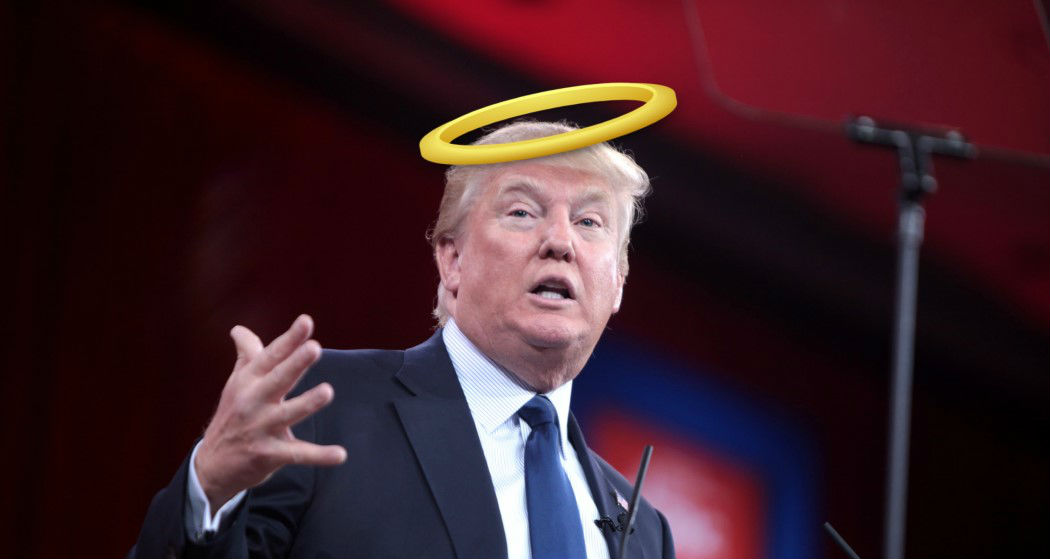 Regarding Hope: The Atheist’s View