Let’s face it, the New Atheism is a major movement now. We have our prophets telling people to “come out” of our Atheistic closets, Atheist conventions happening, and even Atheist Apologists defending the science of evolution against the fantastic ideas of “Creation Science”. We have gone from an unheard minority to a powerful force in the world and our numbers are growing. Only time will tell what our movement may  become, but one thing is for certain, we are here to stay.

I come  from an evangelical Christian background where my main goal in life other than “seeking gods face” was to “lead people to Jesus” . Maybe this is just me, but for some odd reason, I feel just as urged to spread the “gospel” of Atheism as I did to spread the “godspell” of Christ. I can’t fully explain it, but I imagine it comes from my desire to see people freed from the bonds of religious servitude, indoctrination, and guilt…I feel free and I want others to feel free. I suspect many of my peers feel much the same way, which explains at least in part why there are so many Atheist bloggers popping up and so many Atheists joining religious discussion forums and talking about religion so openly (Some trolling and others trying to be productive members of the forums).  Even if they don’t admit it, my Atheist peers want to leave their mark on this world in an attempt to improve it to the best of our ability, seeing as how we only have one life and no eternal life to look forward to we often attempt to make the most of what we do have rather than hoping for something after we die.

I don’t think this “Atheist Evangelism” is a bad thing, I think we are merely defending our point of view and promoting it (A few bad apples are being major turds while doing it though). Part of human nature is to try to spread ones ideals to others . This urge is a mirror of the Christian desire to see others “saved” from hell. Penn Jillette said it best in my opinion when he posed the question, “How much do you have to hate someone to NOT try to proselytize them in order to save them from eternal torture?” . Many of us are spending hours upon hours learning arguments and trying to fully understand the science behind evolution and the origin of life so that we can easily dismantle the arguments of the creationist because we are sure we are correct and sure of the positive effects of promoting a change in the understanding of those whom we find to be wrong. How much would I have to hate humanity to not try to save it from the progress retarding, painful, and intolerant aspects of religion?

There are multiple points I am trying to delicately make here so let me cut to the chase:

My first contention is that the Atheist has somewhat of a moral obligation to society. Religion can increase suffering, the more devoted to Christ I became the more painful my “walk” was. I have an obligation to society to work to prevent others from enduring this. Religion often retards the progress of science by trusting in books written before modern science rather than new understandings and evidence. We have an obligation to science and medicine to spread the ideas of progress and rationality to the religious in order to save humanity from the self implosion this may cause. Religion almost always expects the apocalypse to come in short order. We have an obligation to save the lives of those that may be caught in the crossfire of wars and political actions performed by religious extremists in our governments. These are all real threats to humanity that we must take action against to preserve this world not only for ourselves but for generations to come.

My second contention focuses on how we are to protect humanity from the threats previously mentioned and the nearly endless list of other threats that religion poses. I am not suggesting that we go on some “Godless Crusade” or anything like that, the last thing we need is a philosophical dark age brought upon by the  new Atheist movement…what we do need is to fight a war of information. I posit that the main reason why people refuse to accept the obvious truth of evolution is because they have either a really bad understanding of it (Often from propaganda) or because they have no understanding of it whatsoever. Same goes for almost any scientific school of study for the past few hundred years.  Therefore, what we have on our hands is a war of information and education…We have to make the study of evolution and science something that can be understood and enjoyed by a larger percentage of the population. Almost in the same way that the Bible has been translated into more and more common languages, our peer reviewed theories and studies need to be relegated to the individual that does not have a Ph. D or we can never expect to see any major increase in their understanding. Essentially what we have going on now is a crippling of information because understanding even the most basic scientific theories is nearly impossible…it has gotten to the point where many people consider science to be a faith just like Christianity is, because people often hear information but never actually study the evidence for themselves…they hear it and believe it without ever really looking into it. We cannot become another religion, we must be an evidence based movement.

I know this exclusion has not been intentional, it just seems to be an unrecognized need. I personally do fairly well when trying to study and understand Evolution or the Big Bang but not everyone can do that and they shouldn’t be left in the dark because of it.  The events that brought this to my attention were conversations I have  had with people of different religious backgrounds when I realized that when they watched debates between theologians or religious apologists  and Atheists or heard my own personal arguments they really had no clue as to what I was talking about, it was as if I were asking them to simply BELIEVE information without actually presenting any evidence, because the evidence was not comprehensible. If we change this, if we present this information to people in a different and easier to understand way (in layman’s terms) and we continue to hear bad arguments I may be proven wrong, but I think that this will make a difference for those that are not simply in denial. I don’t know how to start this, but I think it needs to be done, perhaps someone with a higher mantle than mine can take up this challenge.

I also want to point out that the New Atheist movement should drop the anger we often have towards those that attempt to proselytize us. You wouldn’t yell at a mailman for delivering your mail to your door, perhaps we shouldn’t be upset when the local Baptist Church (or insert any other group here) comes knocking on doors to spread their message, it is part of their job (Mark 16: 17-18). I encourage you to invite them in, show them that Atheists aren’t the beasts we are often portrayed to be, just like many of them aren’t at all what they are often painted to be. I can’t tell you the wonderful conversations I have had with religious folks just because I didn’t fit their idea of the bitter and angry Atheist (Though sometimes I do display that attitude).  I think we are all better than that.

As the title of this post proclaims, “Atheistic Evangelism” has long been a neccessity, these are just a few things I think we can do on top of all the information we are already pushing. This post isn’t meant to be a proclamation of Atheism as the new posh religion or anything like that, we are not a Faith…we are a movement toward progressive ideals and the desire to see humanity survive rather than a fundamentalist extremism that I fear we may become. We cannot oppress people for their naivety, we must give everyone an opportunity to embrace a better understanding of the things we promote. This post is about giving the religious the benefit of the doubt and not entirely about deconverting people from their faith. Faith will dismantle itself, but reason and logic may need to be learned or taught.

To my Christian or religious readers, please do not take this post as an offensive against your faith…I still love and respect my Christian friends but I see a definite need here that has not been adequately filled. I still want to have open and intelligent conversation with you all despite our major differences in opinion. I still respect those that are faithful and appreciate the struggles of faith. Also please note that when I say that religion is bad, I generally mean fundamentalist religion for the most part.

Please comment on this post any agreement or objection coming from any point of view…I want feedback and I want to see as many Atheists read it as possible so please Stumble, Digg, Tweet…whatever this post…it is important for me to understand the consensus of my peers. 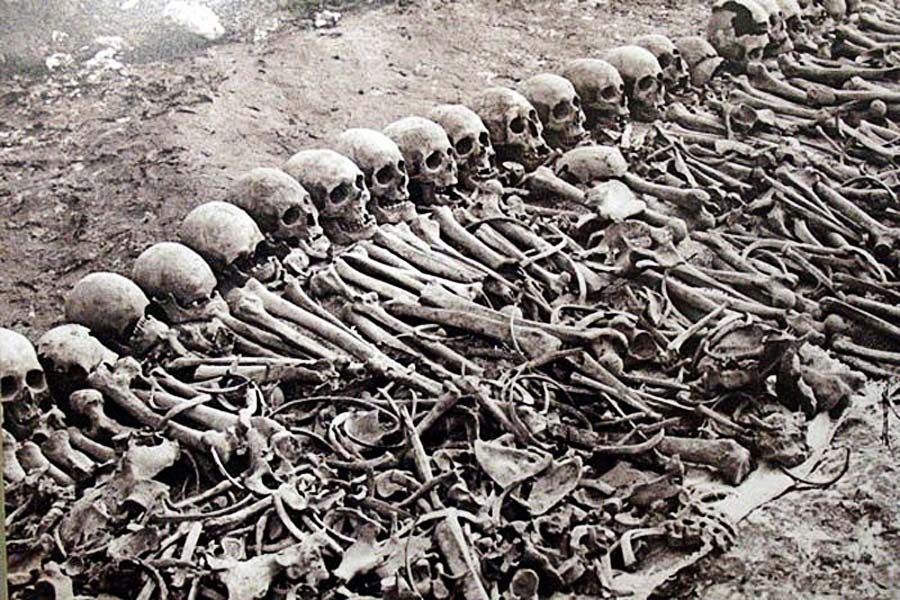