I first became aware of Jerry DeWitt as he became the first person to “graduate” from The Clergy Project, a collaboration between many atheist and humanist organizations that provides a private forum for members of the clergy looking to quietly pursue a way out of their positions, or simply for moral support. I have friends in The Clergy Project and have applied myself, in fact the last post here on RagingRev was from one of it’s members that has since died.

Jerry’s story has brought a great deal of publicity to The Clergy Project; but I always felt that there was more commotion and rhetoric, one-liners, and hubbub than there should be – a common theme in the meme driven atheist community of today. I’m more interested in Jerry’s story though, which is why I’m so glad to have the opportunity to read his book:  Hope After Faith – An Ex Pastor’s Journey from Belief to Atheism.

In his book, the formerly Reverend Jerry Dewitt walks us through his 25 year journey beginning as a 17 year old United Pentecostal (aka Oneness Pentecostalism) evangelist in and around the small town of DeRidder, LA. As his story progresses and various tragedies strike both Jerry’s family and his parishioners he reveals glimpses of his doubts as they slowly surface and as he tucks them away again and again.

Jerry spends time with a number of the different sects within the United Pentecostal movement that will seem foreign to those whom are not well versed in the UPC subculture – both with the Branhamites, and eventually with the Goodwinites – both very obscure groups with behaviors that former apologists like myself would have considered Cult-like. While I’ve seen other reviewers complain that the details of these travels between churches and organizations seem unnecessary – to me they reveal the most often misunderstood revelation about devout Christians:  They are always searching, always praying, always hoping to find the Truth –  they want it so badly that they’ll search to the ends of the earth to find it, or they’ll pick up and move at a moments notice to join a cult because they believe god has told them to do so.

These details tell us why Jerry eventually became an atheist – because he couldn’t give up the search for what was true. My story is precisely that, though it looks different – the terms are the same, the goal is the same.

I identify a lot with Jerry – in a lot of ways that I regret. You see, we are both stubborn men – I think you’ll recognize that when you read Hope After Faith yourself. When I was in the ministry I would have done anything I felt like I was being called to do, like Jerry, without the consideration of my wife – I would have been inconsiderate and stubborn and I would have convinced my much wiser wife to go along with it even though she would have had the intuition to warn me against it. Even today, like Jerry, I fight against leaving my small Georgia town where I’ve grown up and learned to love based on the principal that I want to fight and change what I see wrong with it rather than tuck tale and run. My wife, like Jerry’s ex-wife, is wise enough to do what’s best for the family and seek opportunities elsewhere – I’m finally, after 7 years now, learning to  listen to her more.  I think, sometimes, when we see ourselves in other people we recognize our flaws better – that’s what I’m taking away from this book the most.

The bulk of this text – about 230 pages or so – discuss DeWitt’s time in the ministry, his family life, the financial struggle of being in the ministry when you aren’t the pastor of a 1000+ member church, and the sheer torture it can be to seek earnestly for the truth of god unadulterated by the supposed “men of god” that you are supposed to look up to. It isn’t until the last 40 pages that atheism even really comes up – but that’s really the point – it’s the journey that matters . It’s the journey and the heart for ministry that means that Jerry DeWitt will spend the rest of his life providing support for people making the same transition that he has endured and is still enduring.  The experience of Jerry not knowing how to pray for someone for the first time, an experience I remember myself like it was yesterday, is the thing that will ensure that he will forever be able to provide a comforting embrace to a fellow doubter struggling to express his questions and fears about his faith.

DeWitt’s story is clearly not over, but the book leaves us on a hopeful note despite 25 years of very difficult trials. My hope is that this book will serve two purposes:  First; I hope that it serves to educate those in our community (of non-believers and Humanists) that believe that every pastor lives the high life – bankrolling on the faith of dubious believers with nice cars, vacations, multiple homes, and tailored suites.  There are people in the ministry, like Jerry DeWitt and many others with sincere intentions and love for humanity – that can be as easily defined as Humanists as you and I even though they may not know what the word means. These people deserve better than assumptions and pigeonholing – they deserve the chance to show you who they are, and they deserve your compassion and support so that they can realize their potential to meet you where you are. Finally, I hope that this text finds it’s way in the hands of other ministers and believers traveling the slow road of doubt because I know that it will mean so much to them to know that there is a life outside of the ministry and that there is a way out of a life of hiding who your convictions tell you that you are. I believe that Jerry’s name is a powerful tool to that effect, as it isn’t accompanied by any intellectual pretense – but one that is purely drenched in faith and familiarity with the struggles of ministry – and I believe this will mean more to those that understand the road and have traveled it than an intellectual argument from those whom have not.

There are a few issues with Hope After Faith that I’d like to discuss as well.

I think that since Jerry is from the very small world of the United Pentecostal Church he forgets that most of his readers will be entirely unfamiliar with this world – I have a slight advantage of familiarity with the UPC movement and some of the names, doctrines, and sects that set it apart from what one might call “orthodox” Christianity in America as a former apologist with a number of books on my shelf that cover the basic doctrines of the Oneness religion – but I feel like an introduction to the UPC organization would be beneficial to most readers considering that so much of the text is spent within the church.   There are certainly some explanations, but one does not gather a working knowledge of the tenets of the faith that separate it from the rest of Christianity. This is one of the most controlling sects of Christianity and it almost sounded like your average Baptist church , I just wish that had been portrayed a bit better because I think it would have helped the reader understand the predicament of leaving, moving, and changing through the experiences within the faith more.

I worried that Jerry’s relationship with Richard Dawkins might have a negative effect on the way this book played out. Despite being a fan of Dawkins’ work on biology and his argumentation against creationism – I find that his approach to dealing with theists is generally disrespectful and overall unhealthy in the way that it represents our community. I was pleased to see that this was not the case, it was honest and still showed a loving concern for the church that had been left behind even though there was no love being shown toward him. I’d rather have Jerry DeWitt represent me when discussing the problems of Christianity than Richard Dawkins simply because Jerry DeWitt seems to understand that it’s easy to believe and that believing doesn’t make you a twat or any other pretentious sounding insult Dawkins is fond of.

I enjoyed this book. It spoke to me because I knew and have experienced a lot of the same emotions that Jerry described. I have prayed many of the same prayers that Jerry has prayed. It reminded me how fortunate I am that I was able to get out before I put 25 years into it – before I allowed my stubbornness and love for god to defeat the love I have for my wife and before I poured all of my talents into a life that so often defeats the best of men.  Most of all, I think this book lays a groundwork for us to watch what becomes of good men like Jerry DeWitt to see what they can become when they’ve left a lifetime of devotion to god and entered a lifetime of devotion to humanity and how much better than can be – for them and for us.

To Macon Telegraph, a letter to the editor regarding Christmas 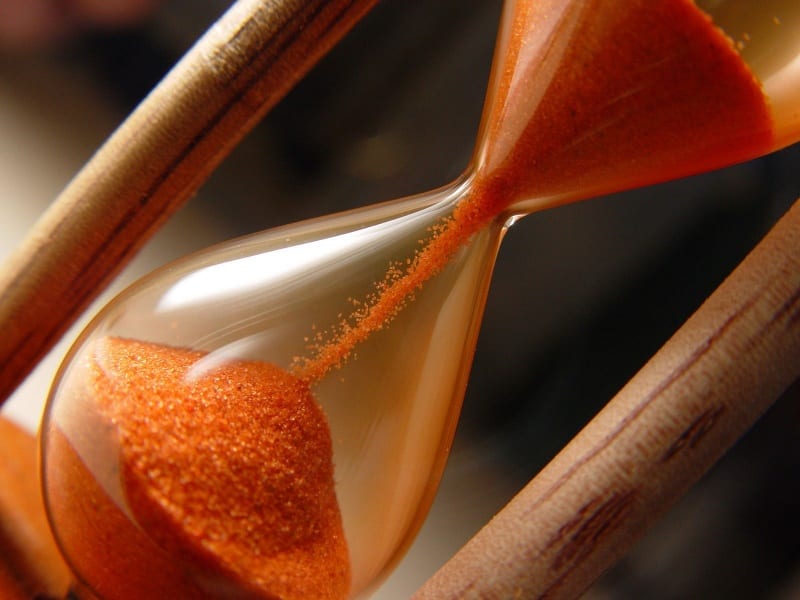 The Slowest Process of my Life – Your Stories