The Role of the Ex-Christian in the Church

Despite my moniker to the contrary I actually try to be the voice of calm reason when I talk to believers; and trust me when I say it, I talk to a lot of believers. Many of these conversations happen with what one might call “infant Christians” or new converts to the Christian faith – I find myself drawn to them because I know that they’ve likely just experienced an incredible emotional high that led to their “salvation” and I want to try to guide them into a faith that is more than just a culmination of feelings that occurred one Sunday morning at church. I’m an Ex-christian now, an atheist even.

When I was a Christian in my early and mid teens I had a mentor that felt it was important to train me up in the doctrines of my faith. He put me under a rigorous method of study, gave me books to read, and introduced me to collegiate level concepts when I was still a teenager. Despite the many flaws of this man he did one thing that so many are failing to do in the church today: he ensured that I knew how to study and think. He knew that this study would generate a thirst for more knowledge in me, and he was absolutely right – it did. Without this mentor in my life I doubt I could have ever studied to the point at which I was able to question the concept of god, much less the basic tenets of my faith. Why is that? and why is this seemingly missing from so many churches today?

I don’t believe an individual can truly question the fundamentals of any concept without having a working grasp of that concept.

I might know that my computer consists of a screen, a box, a mouse, and a keyboard – but if that is all I know about it I’d never be able to explain how or why the words I’m typing are showing up on this screen right now.

If I know, however, that my Human Interface Devices (HIDs) send binary codes to my motherboards’ chipset which interfaces with my processor which is already interfacing with my operating systems’ kernel via the south-bridge chip (which is letting my hard drive interface with the processor) in order to translate the binary code into ASCII text to work in my text editor I might then be able to ask much deeper questions about the function of the individual parts of this machine and even determine ways in which we might modify or improve the way it works or even repair a problem when one comes up.

Likewise, I believe that a Christian who is well versed in his or her faith is more likely to either leave that faith and find a healthy alternative, or to sort through that faith in order to find the parts that are most agreeable with their character. The alternative to these two roles is, unfortunately and most often, a blind and dangerous fundamentalism wherein the most that one knows about one’s faith is that it must be followed without question…or else.

I’ve sat with a number of pastors and laymen over the last few years; lamenting over the lack of discipleship (Christianese for discipline and training) in the present incarnation of the Christian Church, and I guess if I had to put myself in any particular role within the Christian faith, even if from the outside, it would have to be as the one offering discipleship to those without it.  Many churches are content to get you hooked and ensure that you pay your tithes every Sunday – but they don’t want to have their newest converts take on any serious study of the Bible or historical Christianity. I simply find that to be both irresponsible and lazy; if not bordering on convenient. I cannot enumerate the number of adult Christians whom have tried to witness to me, debate me, or otherwise present their Gospel to me that I have had to stop and tell to come back once they had completed AT LEAST one proper read through of the Bible once it becomes apparent that they’ve barely read more than a few verses or chapters.

Why is the atheist having to do this?

I’ll take a world full of Christians that have examined their faith thoroughly and that can have a reasonable discussion about it over a world full of people that can’t resist a shouting match any day. I think this world ends with fewer people in pain because of the bile being spewed by hateful, closed-minded bigots and perhaps even more people free from oppressive religions dependent on fear, manipulation, and the hope of ignorance.

I’ve found my place in the church, now will she have me?

It’s funny though, many of these new Christians (and even some of the more senior ones) are tired of having their questions go unanswered. They are tired of being looked at with sideways sneers for asking questions in Sunday School, as if they should just shut up and believe.

Who do they turn to?

As one young man called me on Facebook earlier tonight: “The Town Atheist.”

If you are a person of faith, a doubter, a seeker, GLBTQ youth, or in the midst of a transition from faith I encourage you to contact me using the Contact Me link at the top of the page for counseling or private discussion. Anything discussed will be held in the strictest confidence.

Facing the Reality of Death 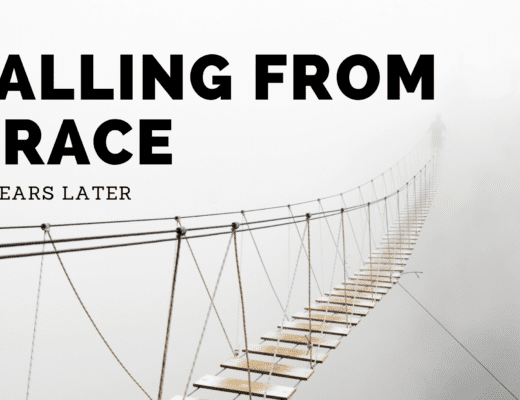