Unbreaking the Broken Self (pt 1) 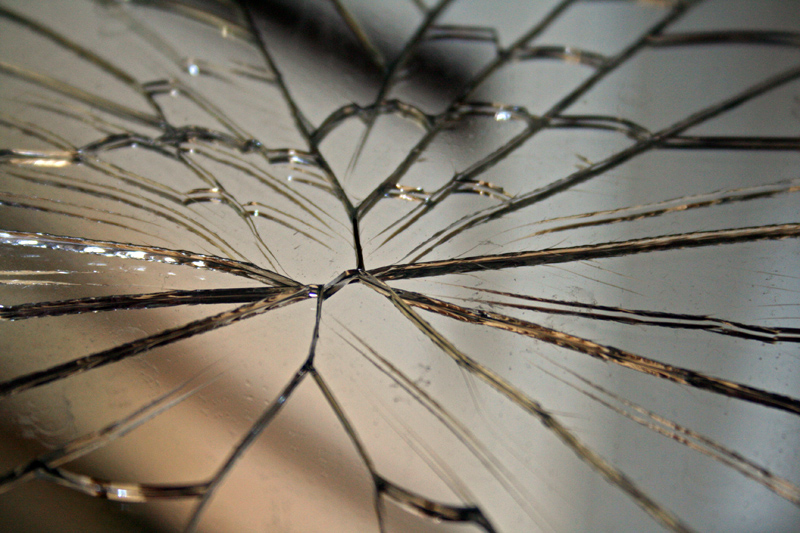 On my way home to work last night I was listening to fellow Southern apostate Neil Carter’s guest appearance on The Humanist Hour and I heard him talk about  being less judgmental toward other people since leaving the faith and diving into humanism and atheism.  After that he talked about being less judgmental toward himself, something many who have never been Christians will actually understand – because they’ll lack the context for understanding it. Most atheist activists understand how Christianity and religion in general harm those outside it’s walls – but because so few have a perspective on Christian philosophy  as devoted insiders they’ll struggle to understand how it’s doctrines lead to a broken self.

How the children of Christianity become broken.

I was six years old when I first learned to hate something about myself.

At six years old I had already attended three separate churches, exposing me to different types of preaching, but the one I had attended the longest at the time was a fairly small Pentecostal church in the town of Chester, Georgia. It’s the church where I was “saved” – which meant that someone had convinced me that I was a sinner and that I needed to believe in Jesus in order to be saved from the punishment I so rightly deserved.

This doctrine of depravity, which teaches that all human beings are born into sin as a result of the fall of Adam in the Garden of Eden, permeates all major denominations of Christianity in one form or another. It is a foundational and cardinal doctrine of the Christian faith as a prerequisite need for the sacrifice of Jesus as an atonement for mankind’s sins.

Jesus had to die because of me.

Believing that I, singularly or as a part of the human collective, was responsible for Jesus death on the cross was a heavy burden as I understood it. It was something I received with sincere pangs of long enduring guilt and my young mind didn’t know how to turn that guilt into a simple understanding of the Gospel message – it had to be, and demands to be a Gospel that destroys the self.

A Broken Self Image

As a child that grew up in an unrelenting culture of fear based preaching and sermons focused on how depraved humanity inherently was I was never able to find much self worth at a young age. All of my value was stored up in Heaven and in the refuge of Jesus’ love for me as displayed by his death, for me. Those of us who grow up believing in this way have a difficult time seeing past our own flaws to find a decent human being – every sin is picked apart and over analyzed, we beat ourselves up over every aspect of our lives that doesn’t align with what we believe – and because what we believe as our goal is so incredibly in-acheivable there’s an awful lot of self deprecation that happens.

By the time I was 13 I had no recognizable self-esteem.

All I knew how to do at such a young age was hate the things that characterized normal and natural adolescence. It was my belief that those things separated me from God and separation from God was separation from the only consistent and worthy part of my life. There’s nothing healthy and nothing good about growing up with those ideas in your head, for those lucky enough to escape that sort of religion; I envy you.

Growing up fundamentalist meant that finding the answers to practically any question began and ended with a piece of scripture. It was an ignorant belief, sure – but one held dear and practiced on a nearly daily basis for me – and I was not only able to remember how the pastors, past abusers (which is a different story for a different time), and other adults had drilled into me the fact that I was a sinner – I was able to “prove” it against the Biblical standard of truth.

Romans 3:23 told us that each and every individual was a sinner that had fallen short of God’s glory.

Mark 7:21 tells us that men’s hearts are full of evil thoughts and even murder.

Jeremiah 17:9 tells us that our hearts are deceitful and sick.

Ecclesiastes 7:20 tells us that there are no righteous men on all of the earth, there are none who live without sinning.

Titus 1: 15-16 tells us that those professing to know god often deny him in their disobedience. That purity is witness only to pure acts.

Galatians 5:21 says that if we do as the flesh desires (sin) we will not inherit God’s kingdom.  Verse 24 says that we must crucify our flesh in order to belong to Christ.

If you believe the words in this book to be true then it’s hard not to come to the conclusion that you are born as filthy rags that must be washed clean – and that you must continually fight against all the evil desires you hold.

It’s no wonder the people who leave this faith often struggle with feelings of inadequacy for years after the fact, suffer nightmares of Hell, and find it difficult to adjust to the idea that – in fact, they aren’t quite as bad as they’ve been conditioned to believe.

In my next post I’m going to talk about overcoming the psychological effects of the broken self, how I’ve managed to feel whole again after leaving the Christian faith and the doctrine of depravity – and why I believe society could improve wholly by rejecting this idea outright.  Please, share this post on social media if you’ve found something of value in it.

Why I’m an Atheist Activist in the Deep South