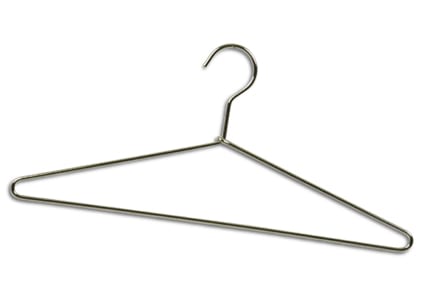 I go into this subject with some trepidation and great fear – because I believe so strongly in women’s rights and their rights to make decisions about their own bodies I do support a woman’s right to access to abortion and I’ve even counseled close friends of mine to do so.  I do consider myself to be a feminist, after this I may be drug up to a cross and not have any hope of coming down but I have to address this now – I have to talk abortion right now, as a man.

Caution: reading beyond this point may be difficult for some readers, and young readers. Please use your own discretion before you click through.

The reason I have to address this now is because last night I participated in the God or No God Debate in Waycross, GA in front of a crowd of about 350 people – where I debated on the subject of whether or not God was a viable explanation for reality. The video for that debate will be up soon.   At the end of the formal debate there was a question and answer session and one of the young ladies that asked a question really put me on the spot in a way that I was truly unprepared for by asking me a question about why Humanism, specifically the British Humanist Society recently came out in support of abortion rights – she ended her question by asking something to the effect of, “do you believe that the unborn have rights, what do you have to say for the 56 million [aborted]?”

When the video comes out you will see that I’m clearly taken aback by the question as I was completely not expecting a question of this magnitude to come out at all, perhaps that was naive of me – but regardless I was unprepared.

In my attempt to answer the question I made the following statement, paraphrasing as best I can recall, “I believe that a woman, when she knows that she is pregnant, has a moral responsibility to make the decision as quickly as she possibly can about whether or not she will have an abortion. I’m not personally an abortion activist, I don’t think about or talk about it every day – but I do have some misgivings about late term abortions. Ultimately I fully believe that this decision is one that I as a man have no right to weigh in on, as my body is unaffected.”

I added. “Furthermore, I want to remind you of the millions of miscarriages that occur annually – presumably under god’s control. Do they not bother you?”

By that point I had ran out of time, but I want to expound upon this a great deal.

I do personally have some serious misgivings about late term abortions (3rd trimester), but I also know and understand that they account for only a fraction of 1% of abortions performed in the United States today. Literally a few hundred a year are performed, if that.  80-90% of those late term abortions occur simply because the fetus is  not viable or because the mothers life is endangered – something I can assure you is heartbreaking to the mother to endure.

The images passed around by anti-abortionist/Pro-Life propagandists would have you think that the numbers are actually reversed. They would have you think that a mother goes into a clinic 8 months into her pregnancy millions of times a year and then a Partial Birth Abortion or Saline Abortion is performed.  This simply is not the case, and in fact – most of these cases only occur in hospital settings and in emergencies.

If my misgivings were founded on the twisted facts of the propagandists, I’d have a reason to be worried and maybe even outraged at the idea of killing something so close to breaching the womb, not that I know with any certainty that this is a conscious being.

That said, I think we – as a society – do have the job of determining the point at which consciousness occurs. I’ve heard some studies report that it’s some 18 months after birth…some say it’s sometime in the 2nd trimester. I don’t know – and that’s why I believe it’s best to make the decision early and to have the procedure quickly, until we do know. Then again, this is what I believe…and I still have a penis.

I’ll never be threatened with carrying a child I don’t want, but I do know that every woman that I know that has had an abortion has done so incredibly quickly – when there is no question as to the feasibility or consciousness of the fetus, or by using Plan B or other types of pregnancy avoidance pill either before pregnancy is proven or within days of having it known.

Perhaps my feminist friends will disown me for having an opinion that isn’t okay with all abortions all the time, but I promise you I’ll not be the one fighting against your rights. I promise you I’ll sit back and let you govern your bodies and stand with you, always. It’s my job as a skeptic and as a man of science to think about things analytically – and so I have and I’ll continue to do so as I search for answers about my questions on this. I hope you’ll be patient with me as I do.

This blog is moving to Substack!