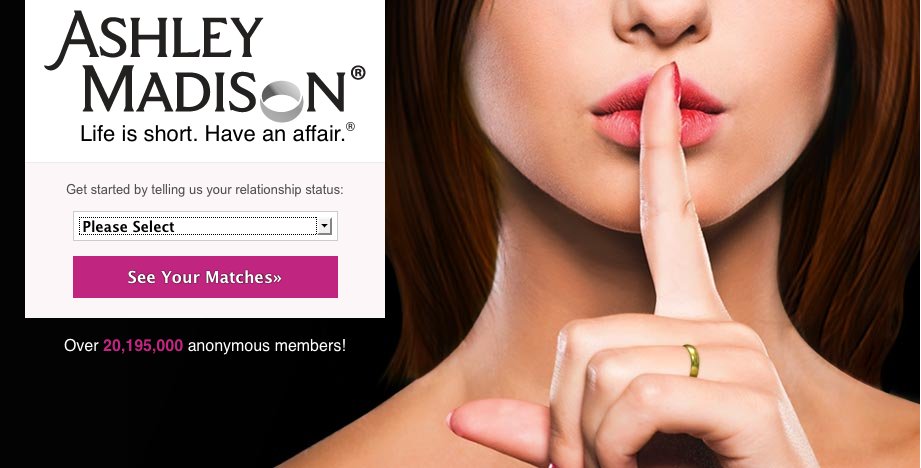 If you’ve been living under a rock then you may not know that the popular infidelity site known as Ashley Madison was recently hacked by a group of moralist hackers with the intention of exposing those who were using the site to find people to have affairs with.   So far over 400 of the exposed have been Christian pastors on Ashley Madison – many with paid accounts (paid accounts allow a person to send messages to others).

This news comes as no surprise to any of us, Christian and unbeliever alike – we all expect hypocrisy from the Christian elite. Josh Duggar – stanchion of fundamentalist morality, vitriolic anti-lgbt hate, and former spokesman for the Family Research Council had multiple accounts, affairs, and participated in both prostitution and had a past littered with child molestation cover-ups is a shining example of what that hypocrisy looks like in one of it’s most dangerous and vile forms. This post isn’t about Josh Duggar though, it’s about better people.

We know that Christianity is full of hypocrites. Christians know it. I know it. This is reality.

How then should we respond?

I, obviously, am not in the position to prescribe to my atheist friends the best approach for this but I do think I have a Humanist approach and I think that’s how we should look at this whole thing. I know many of you are reveling in this revelation as if it’s some beautiful day, “we’ve finally exposed the Christians!”  But I don’t think that’s a fair assessment, I don’t think that Christianity needed any more exposure than it already had and I don’t revel in the fact that hundreds of men were deceptive to their wives and congregations. I can’t find joy in that, I can’t find joy in seeing people who want to be one thing fail at that thing and be altogether another. I think that’s what these pastors represent in large part is a desire to earn god’s favor and an utter inability to do so. They represent the futility of Christianity, and the pain of it’s failure.

This is not a good time for these men, many of whom have spit fire from their pulpits about what marriage is and isn’t. I’m saddened for the pain they and their families will endure because it isn’t so unlike the pain they’ve been in large part responsible for among the LGBT community for decades and it is grievous. They will be judged, hated, mocked, and invalidated – and that’s not good for anyone.

On August 24th, 2015, John Gibson, a 56-year-old pastor who taught at the New Orleans Baptist Theological Seminary was found dead by his own hand. He was exposed in the Ashley Madison hack and his suicide note contained a great deal of shame and remorse.

I don’t know if Gibson was a bigot, I don’t know if he was the sort of man to preach hate and condemnation or if he truly believed in grace and lived his life in a way that made that evident. I cannot know and I don’t care – but I do know that he was a human being with a life and a family and that he experienced the depths of depression to the point that he was willing to take his own life.  As one who has been there, as one who has held a gun in his mouth pleading for the end – I don’t think anyone deserves that. I’m therefore, saddened, deeply.

We cannot be happy that these men have been exposed. That mankind is likely to pursue sexual urges is no surprise, that pastors are humans is no surprise.

We cannot be happy that Josh Duggar has a trail of victims in his wake, including his poor brainwashed wife Anna and 3 of his sisters.

We cannot be happy that a man killed himself and left his family to pick up the pieces, either because he didn’t know how to handle the pressure of guilt and exposure or because he didn’t feel like he would receive love and grace from the church.

This is a time for Christianity to come to terms with the reality that it is not the shining white tower it so often portrays itself as; in the wake of the exposure of these pastors on Ashley Madison and of bigots like Kim Davis the church has an opportunity to self examine and to recognize that the perfection  is a guise for inadequate people who are failing to reach the standards they use their pulpits to preach about. This is an opportunity for the Church to show grace to those inside it’s walls, and maybe apply that lesson to those outside – where it has so often failed.

So, I’m asking for us not to revel in the pain of others – simply. Let’s be better than that.

Christian Neglect of the Bible

someone told me this—sad really