Many atheist activists take the time to debate and discuss religion with theists while others often assert the futility of such discussions.  I spend a good amount of time in discussion with theists and aside from the fact that I truly enjoy this type of discourse I personally find that the exercise is more often healthy for all parties involved than not.

Here in the deep south, in a small town where there are almost as many churches as people – many believers have never been exposed to such fundamentally differing opinions as my own rejection of the faith worldview in exchange for a naturalistic and evidence based approach to determining truth. In my discussions with “real life” people here I’ve come to realize that the vast majority of believers are under-prepared for this level of debate and in many cases find themselves admitting that they are ill-prepared and under educated in the tenets of their own faith.  Most of the time I’m the one that has to explain what the Bible says about any certain topic and I think that this fact has had an impact on many local believers in-so-much that they frequently commit themselves to better understanding their faith and even other view points.

Am I saying that the result of some discussions with theists is a stronger and more informed faith for the theists? I absolutely am, and I think this is a good thing because it often drives a thirst for knowledge and understanding that might have previously been absent. If a discussion with one of us can drive on of the 63% of Christians that have never read the Bible to actually do so then I believe we have done a great service to mankind by giving someone the tools they need to question what they hear in church and at the very least begin to make their own decisions – this is the spark of Critical Thinking, Critical Thinking is the spark of Doubt.

Next , if you will, please consider the misconceptions that many theists  have about who and what atheists are.  Rather often we are painted by evangelists like Ray Comfort and others to be immoral, angry, bitter people all hell bent on providing free abortions in our leisure time and “taking Christ out of Christmas“.   These extreme and extremely ignorant views are often accepted without question – but when we act graciously during our discourse and approach it with kindness rather than hate and arrogance we disprove and discredit the claims of people like Comfort giving reason enough to doubt any other claims by people of his ilk.  On top this is the fact that such a large majority of atheists are also Secular Humanists – placing a high value on human life and freedom out of a conscious decision to do so rather than religious obligation or fear.  Defeating preconceived notions and false assumptions about who we are not only increases our impact on those around us, it also improves our sense of community and mutual respect – I don’t know too many people that would object to that.

Lastly, and I believe most importantly, vocal discussions about faith give the quiet doubter the knowledge that they are not alone.  Many doubters are afraid to discuss their questions about faith – especially here in the Bible belt where family discontent and the loss of many friendships is often the price one pays for being an “out” atheist.  Hearing and knowing that others have been in the position of doubt and embraced a life without religion is empowering and comforting in a time that for many is quite scary or lonely. Our debates may not always result in hard-lined Christians renouncing faith (though it can) but it can frequently provide a refuge for the doubter.

These examples bypass  the fact that our arguments are frequently centered around human and civil rights, effecting positive change in the political spectrum, and the many other great things we are capable of doing when we take the time to pursue it – but I think those things speak for themselves. I for one am more than willing to fight for the rights of Christians or Muslims or anyone to be able to freely practice their faith so long as it brings no harm to anyone – if ever an attack came against theists rights to do so I’d be there standing in solidarity with them to ensure that their freedoms were preserved, like the Ground Zero Mosque issue that recently occurred in New York.

In conclusion – regardless of whether or not anyone is particularly swayed by scientific or philosophical arguments  the process and result of this level of discourse can be healthy because it requires us to communicate, when communication occurs effectively a level of respect should be gained  by all parties and can improve both our own tolerance and understanding of our opposing parties. It is the fact that believers do not generally convert through apologetic means, instead converting through an emotional experience, that makes this worldview so difficult to overcome – but with a well reasoned and kind approach we can help people overcome their prejudices at the very least.

I encourage my fellow atheists to pursue respectful dialog with people in your community as well as to find other positive ways to impact the world around you. Find pastors, believers, and even churches that are willing to have open discussions and perhaps even to have you come speak to the church or youth group at one of the services or special event and open yourself up to be asked anything as Hemant Mehta did not long ago.

Regarding Hope: The Atheist’s View 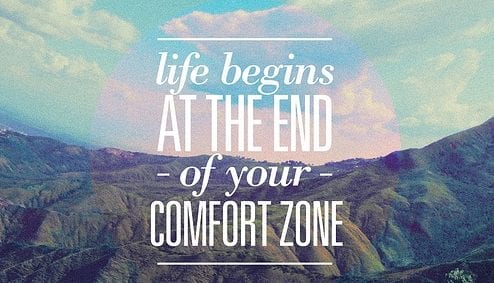