On Being Nothing: Strong Belief, Strong Doubt, and the Skeptics Role 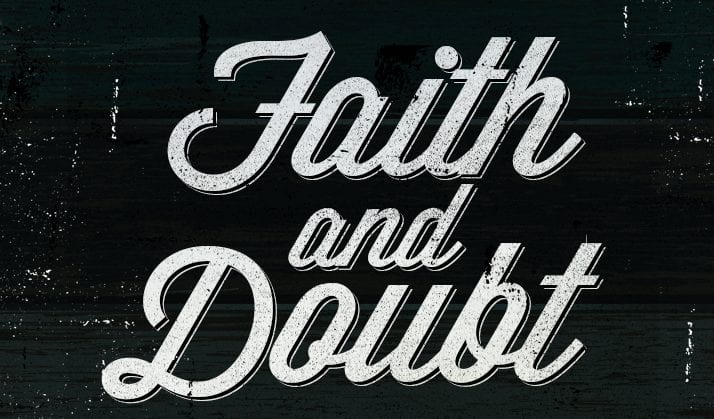 Authors note:  This post will use a lot of Christian catch phrases and paraphrase a lot of Bible verses, so if I use the term “soul” I’m not stating that I believe in a soul, I’m putting myself in the position of a person who does and who uses their scriptures to justify the idea of one. The same goes for terms like holiness, luke-warm, or any other typical Christian colloquialism that may be used in those particular circles – as I’d have used while I was still in those circles. Please also note that I’m not attempting to address any specific theology, but the potential aftermath of any personal theology. This is not a counter-apologetic critique of any belief system and this can be applied equally to Christianity, Islam, Judaism, et al.

God created the world out of nothing; so as long as we are nothing, he can make something out of us. ~Martin Luther

One of the foundational aspects of my former faith was the futility of my efforts toward being, doing, or realizing goodness.  The most important lesson my faith had to teach me, the thing that brought me to obedience and surrender to Christ was acknowledging that I am ultimately nothing.

Worthless, degenerate, corrupt: these are the terms that identify the Christian disciple before his god as he strives to meet his creator in the terms set by that creator.

The nominal Christian will never grasp this idea, he’ll reject it in lieu of scripture that affirms his importance in the eyes of god or that talks about how the hairs of his head are accounted for. The nominal Christian leads an easy, luke-warm life of faith where he actually feels worthy. The disciple, however,  is convinced only of the opposite. The average Christian life and the life of the few who believe Luke 14:33 and attempt to live by it are miles apart.

The latter was my faith, the scars from which I still struggle against as they sometimes feel freshly carved.

Philippians 2:7 describes the state of Christ during his lifetime as nothing. It says that by becoming human God reduced himself to the point of nil worth – the same worth as you and I. These ideas may seem overtly absent from the Gospel, but for the man that seeks God it indeed becomes the Gospel, repeated – day in day out.  “Nothing am I”  – repeated over and over – much like John 3:30 describes:  “He must become greater, I must become less”.  The salesmen of Christ often forget to mention this side of the faith, in lieu a more hopeful message as this is the much easier sale.

Unsurprisingly, depression is incredibly common for those who pursue with all their heart, mind, and “soul” as the goal is so incredibly beyond what we might achieve that failure is all we will ever know. Failure after failure results in the pain of self loathing, self loathing can lead to depression that sinks into the core of who you are.

This was the eventual result of my faith, why I’m so glad that I lost it, and why I commit so much of my time to helping people go through their own journeys in the safest way possible.

It’s no surprise that your typical atheist – who never bought into this idea of Christianity or God might find this idea confusing or even alarming. The man who has never taken on the burden of God should be expected to find that burden anathema, unimaginable, and profoundly unreasonable. These are the reasons why the atheist camp has such great trouble making sense of the positions of the theist – for the most part, encounters with Christians who are introspective and seeking for the absolute perfect will of their god are rare. It’s easy to assume that all Christians are the same; church on Sunday, maybe on Wednesday, and – of course – arrogant demagoguery which makes the nominal believer look more devout in public by making it a point to make every act of devotion a public one (Today this is largely done through social networking, Facebook especially.).

Certainly, there are some Christians who are more concerned with their own sin than yours. They are rare, but they exist behind a veil of pained humility. Their experience in quietly and privately attempting to measure up to what they know they will never achieve is self-destructive and difficult enough that they may never know what satisfaction feels like. These are the cannon fodder for god, today’s victims of his holiness….and they need your help, like I once did. These devote and honest seekers are losing themselves in their pursuit of god, and they are the only genuine believers you’ve ever met because genuine and unfettered faith in the Christian god means self destruction (Galatians 2:20, Galatians 5:24  ,Mark 8:35 , John 12:24 , 1 Corinthians 15:31)

Christianity and Christians have done unspeakable harm to various communities over the years and I don’t want to ignore that or stop engaging them on those things – but there are also those few who need people who understand doubt that are trapped on the inside, people who will make incredible allies to the many communities that have been harmed by the Church once they’ve received the help they need.

There are no Christians who understand doubt more than those whose spirits (read psyches or egos) are destroyed day in and day out by their inability to achieve holiness (1 Peter 1:16). What those few need is affirmation of their doubts rather than the confrontation, assumption, and alienation already endured by these believers at the hands of fellow Christians.

There is a direct correlation, in my experience – between devotion to one’s god and the propensity to doubt. There is also a direct correlation between the intensity of that devotion and how difficult that doubt is to experience, swallow, and endure. Herein lies an opportunity for the atheist, skeptic, and ex-believer communities: the opportunity to provide support and caring concern to those in need of it as they encounter doubts for the first time.

In being a strong, solid shoulder for a person where their church and family most often fail you can provide them with a shortened pathway to religious freedom and a more fulfilling life (regardless of what form that actually takes, as it is very different for different people). In being a guide through already familiar territory, you can be the salvation a person needs when they are at their wits end during their darkest hours – If you’ve been down this road then you know how to navigate it. In being a loving companion during uncomfortable revelations, you can be the hope a person needs for the next day to be worth pursuing. When you normalize doubt and make questions approachable you redeem the individual and their process. I encourage these things because I daily witness the power of being that individual for other people, furthermore I’m intimately aware of the dangers of going it alone.

There are people out there needing to be saved from their religion. Be their salvation.

Grief and the loss of your faith